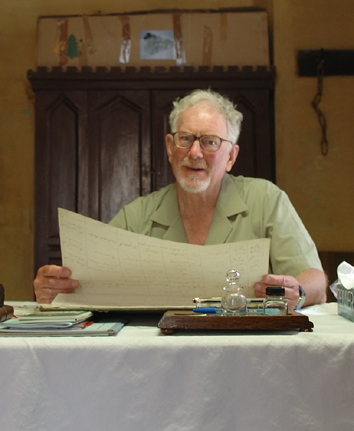 Canadian-born Robert Hutchison has resided in Switzerland for more than fifty years. He read economics and political science at McGill University in Montreal but interrupted his studies to travel and begin a career in journalism.

From 1961 to 1976, Hutchison was a correspondent for the Sunday and Daily Telegraph of London, covering the 1967 Six Day war and its aftermath from Cairo and the 1969 Islamic Summit in Rabat, which reshaped the face of political Islam. His articles in The Financial Post of Toronto on international fraud, and high-level corruption surrounding the sale of Canadian nuclear reactors to Argentina, won him the National Business Writing Award and three citations for outstanding investigative reporting in Canada during the 1970s. He has also contributed articles to The Sunday Times (London) and The Smithsonian (Washington). His photos have appeared in leading publications around the world. Robert has authored several books, The Raja of Harsil being his first historical novel centred in India. It was published by Roli Books, New Delhi, in 2010. It is the romanticized biography of a deserter from the British East India Company Army set in the mid-19th century, Frederick E. Wilson, who introduced commercial timbering to the Himalayas and became one of India’s richest men. Rudyard Kipling based his famous The Man Who Would Be King on Wilson’s fantastic and action-packed life.

While researching an article in 1987 on ecologist Sunderlal Bahuguna and the Chipko Movement he fell in love with India’s Garhwal region and has visited the area many times since, building a network of friends and acquaintances that continues to draw him back year after year. “Mussoorie,” he says, “is like my second home.”